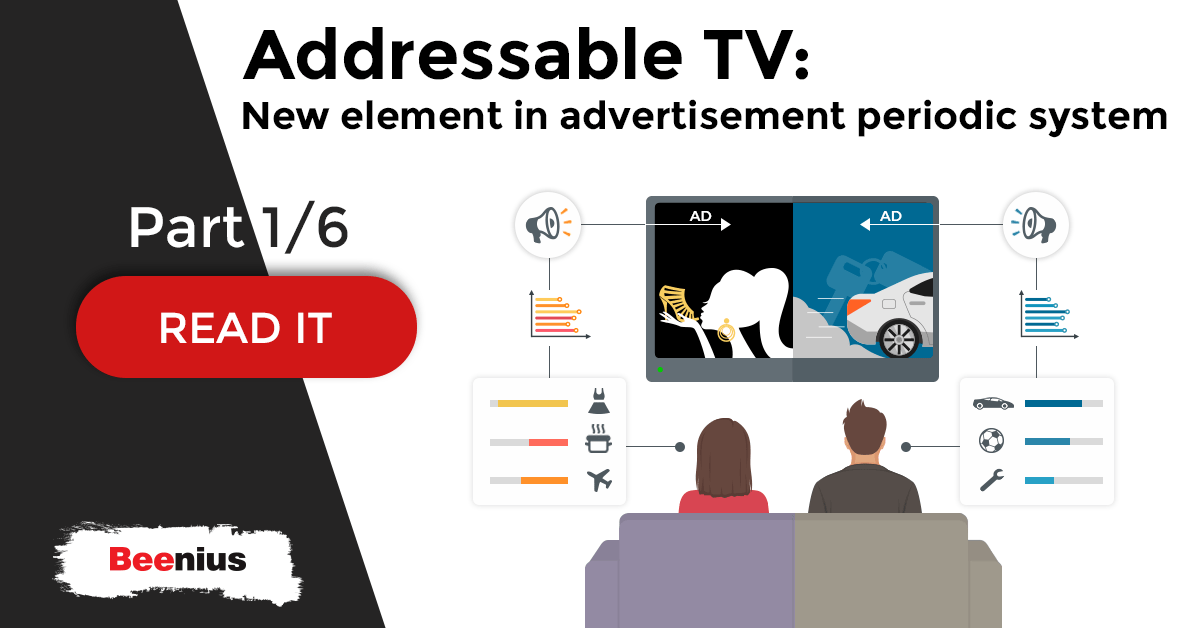 Would you like to target, segment and measure advertisements?

When we talk about electronic media advertising, there are many reasons to believe that its form and content has remained static and constant for the past eight decades or so. The first TV advertisements perhaps were aired in the early 1940s. Though the content and quality of advertisements has changed quite a bit, the concept and idea have remained the same. It has perhaps got stuck in a time warp and has not moved ahead or changed with times. As somebody has told many centuries back, the only constant in this world is changing. Therefore it is high time that TV advertisements found a new avenue and method. This is where the role of focused and concentrated TV advertising could come in to play. Yes, we are talking about addressable TV advertising which is beginning to become a much sought-after method of reaching out to the right segment of customers at the right time and the right place.

What Is Addressable TV?

When we refer to addressable TV advertising, we are referring to a method by which we are able to show and view different advertisements to different viewers and households. These households could be watching the same program, but they will be viewing advertisements which are different. When you take the help of addressable advertising, you can be sure that advertisers will be able to move away from the age-old traditional TV ads. These ads were uniform across viewers and did not take into account the specific needs, tastes and requirements of customers. The first whiffs of change occurred when Google TV was launched. Though it was much talked about and perhaps even hyped, it did not get the response that Google would have expected.

Why Is It Becoming Important?

There are some specific shows and real events from service providers like Netflix and Amazon which garner unbelievable viewership. There are certain shows which have viewership running into millions. There is one particular show of Amazon which attracted a whopping 13 million viewership during the season finale. The best thing about this viewership is that it is not one particular community or groups of people with certain specific thought processes, needs, and requirements. The audience could be people who would like to get drenched in emotion and sadness. On the other hand, you also could come across thousands of single men and women who are thirsty for real love. You also could come across a casual, one-time viewer who is perhaps curious to know something more about such shows given the curiosity it has been able to generate.

Hence at the end of the day, a single serial, even or reality show could have audiences having different income levels, needs, and profiles. But all through, we have been marketing them with one single ad which promotes the same message. We may not have tried and analyzed the minds of the audience which might be viewing such advertisements. For many, the advertisements could be relevant, but for others, it could be loud, boring and unwanted. We have all throughput our money on the primary audience and left the rest to luck and fortune.

While this might yield some results to those who are interested in such advertisements, it could lead to massive leakages concerning wasted advertisements. In fact, many uninterested people might get irritated seeing such ads. This could prove counterproductive and might lead to loss of some potential buyers and customers. This is where addressable TV advertisements could play a significant role. For example today you could have a TV show which mainly targets the urban and young group. For such shows, you could see dozens of brands flocking for a time slot, and this could push the cost per commercial quite significantly. This could change when the addressable TV is taken to its logical conclusion.

When you choose the right addressable TV ads, it is possible to target your segment of customers better and have specific advertisements and commercials for these groups. It also allows you to show one advertisement to one segment of customers and not to others. Hence you could have a situation where TV advertising becomes more palatable. Further, it could be more affordable for local, small and medium business. It will avoid leakage of electronic advertisement revenue quite significantly.