Android TV is taking over the STB market 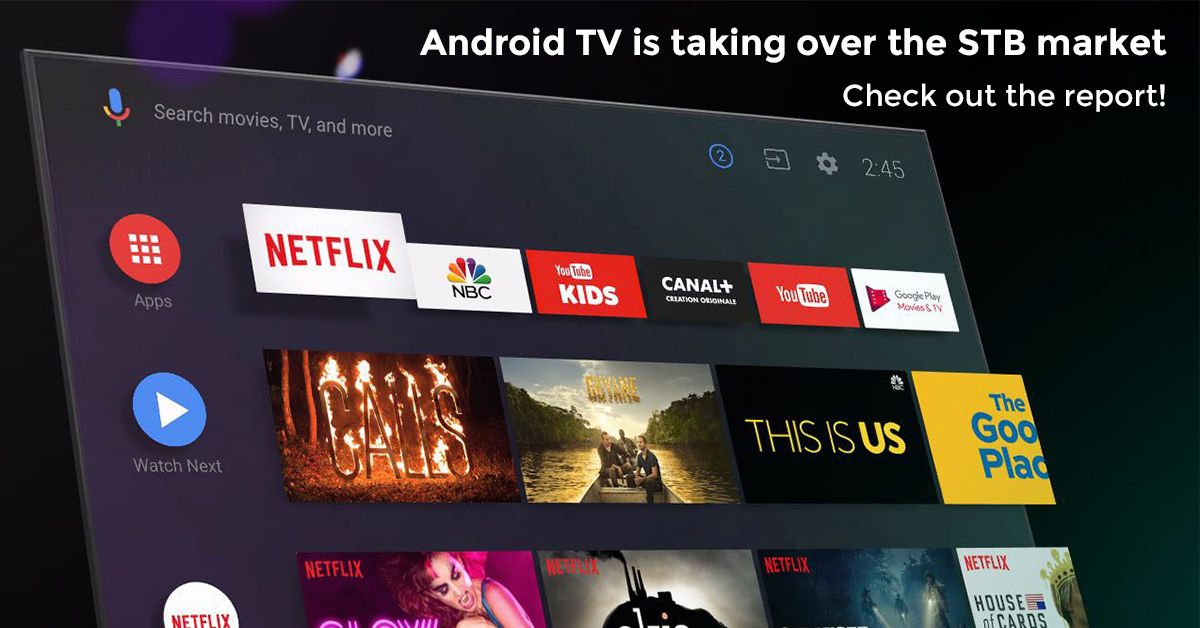 Since Google’s Operator Tier certification programme was introduced in 2016, giving service providers more control and customization of the UI, such as the ability to prioritize their own content above third-party OTT material, Android TV is beginning to win the “STB wars”.

The fact that by the end of 2019, there will be almost no countries in Europe without an Operator Tier Android TV installation and almost 100 million Android TV boxes will be shipped within the next five years shows a huge popularity and domination over other TV platforms.

New research suggests strong growth for the Google platform with pay TV operators in virtually all corners of the world. Almost 11% of pay TV homes globally will have an Android TV platform by 2022, according to a new report from UK-based Rethink Research, growing from only 0.9% in 2017 and 1.5% in 2018.

“This makes it pretty spectacular progress and Android TV will make up more than 25% of all new device shipments during that time” says report author Peter White.

Nonetheless, while keeping in mind that something like 70% of operators are looking seriously at Android TV as an option, it is fair to say that it will take any operator around 10 or 11 years to replace their entire STB population.

Google is putting more effort into making Android TV as accessible and features rich as possible, and with the new Android TV based on Android Oreo, the user interface is also becoming very much like the UI on mobile devices. This makes it user-friendly and a well-known environment for the better part of the users. Additionally, new functionalities for developers give more options to tweak and customize the platform to the extent, where almost every operator’s wish can be fulfilled. Having all this in mind, it is no wonder that Android TV platform is getting this much attention and success.