At this very moment, you are probably watching TV or reading the news on your phone, right? 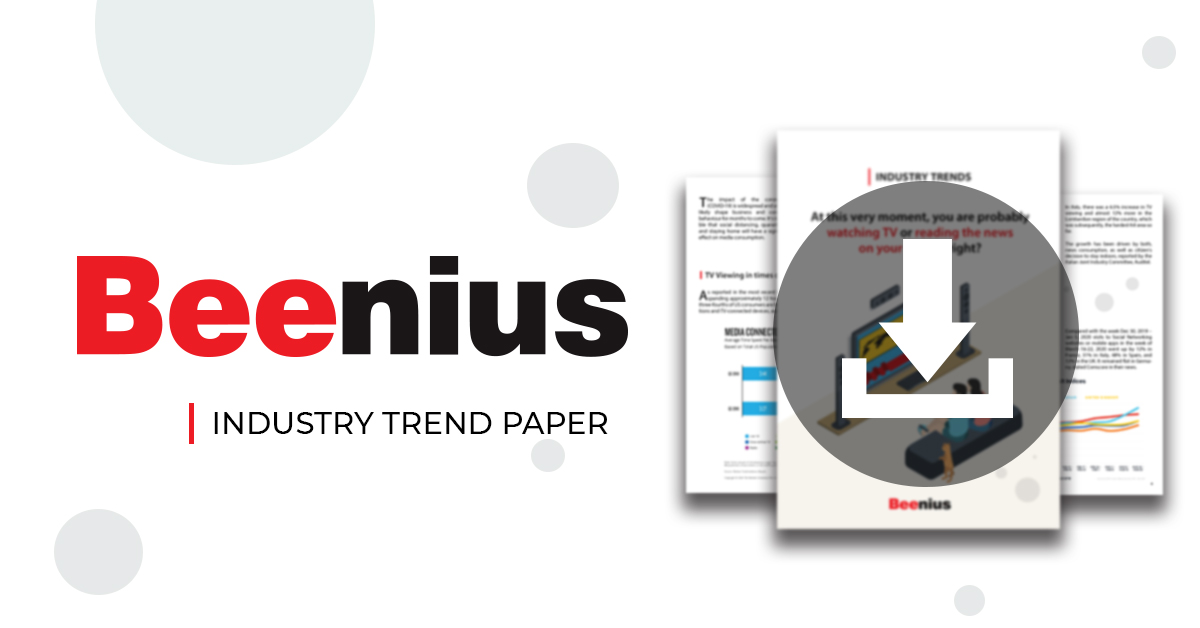 The impact of the coronavirus (COVID-19) is widespread and will likely shape business and consumer behaviour for months to come. It’s inevitable that social distancing, quarantining, and staying home will have a significant effect on media consumption. In this Industry Trend paper, you can read what research agencies have to say about growing TV consumption in the past months around the world.

People are staying at home and relying on their televisions as a primary source of news, information, and entertainment. That caused a 60% increase in the amount of content being consumed, according to the researchers.

TV viewing in times of crisis is growing in US , where they already are spending approximately 12 hours each day on various media platforms, and where the consumption of the biggest broadcast networks increased to nearly 19 % vs. 2019.

The growth has been driven by both news consumption, as well as citizen’s decision to stay indoors. Not only TV consumption, but also visits of social networking websites and mobile apps went up by 12% in France, 31% in Italy, 48% in Spain, and 12% in the UK, but as the researches show the increase happened gradually and only in the last month.

The increased TV time might explain an adjustment to programming schedules. From an advertising perspective, brands and agencies will need to adjust which products are being marketed, as well as the tone in which they’re delivering they’re messages.

In these times, content creators, networks, studios, media agencies, advertisers, and brands have significantly more opportunities to engage with consumers simply because of the apparent correlation between the time at home and media consumption.

Download our Industry Trend paper and read more about the presented topic.

You may also be interested in “Can Internet keep up with the drastic increase in video streaming?” , “Support in the time of COVID-19“, or other Beenius blog posts.