Can the Internet keep up with the drastic increase in Video Streaming? 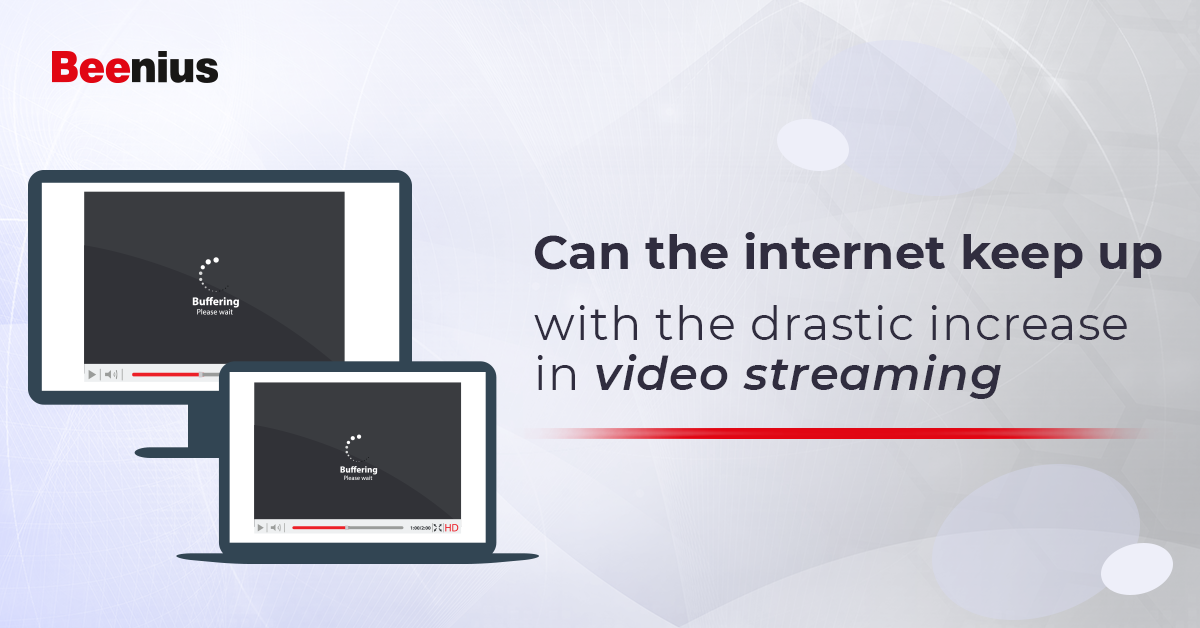 According to a report by the American networking equipment company Sandvine, video accounts for approximately 65% of data delivered from internet providers to consumers. Netflix accounts for just under 12% of total traffic, and Google traffic, driven by YouTube, accounts for another 12%.

The governments across the world instructed people to remain at home to avoid the spreading of the coronavirus, which consequently increased the content consumed by the viewers. In addition, with universities and schools being locked down by further notice, the lectures are provided online in a video format. All this drastically increased video streaming, which represents one of the most significant strains on the web infrastructure.

In order to avoid outages, as Netflix did a couple of days ago when subscribers were not able to connect to Netflix via their website, the company and other streaming services have been reducing the quality of their video streams. The disruption was followed by an appeal from EU officials, urging users at home to lower the definition quality of the video to prevent the internet from breaking. European Commissioner Thierry Breton, Commissioner for Internal Market and Services, spoke to Netflix CEO Reed Hastings about the strain video streaming was placing on networks. In his statement, Breton said that given the unprecedented situation, streaming platforms, telecom operators, and users “all have a joint responsibility to take steps to ensure the smooth functioning of the internet during the battle against the virus propagation.”

Amazon.com Inc.’s Prime Video and Walt Disney Co.’s Disney+ are also following the officials’ recommendations and are committed to reducing their bandwidth consumption in Europe.

Facebook, on the other hand, is also feeling the consequences of the people being stuck at home due to the COVID-19 outbreak. They report that the voice and video calls on WhatsApp and Facebook Messenger are at more than double their usual levels, and on top, they are faced with the challenge on how to tackle potentially dangerous forms of misinformation regarding the virus.