Google TV is Back 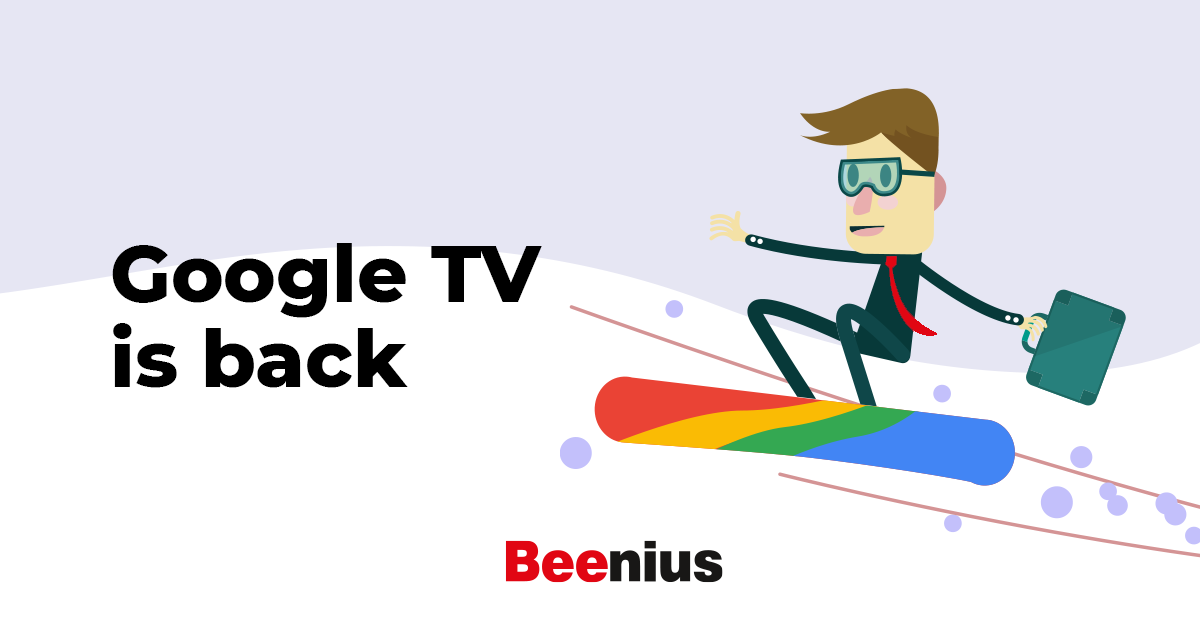 Hallelujah! The good old days are back. If you own android TV, you are soon going to be able to stream Google TV. The giant search engine introduced Google TV back in 2011, but they removed it shortly after. They turned it into Google Play Movies. Now, Google TV is back, and it is bigger and better but a little more convoluted. Let us try to unravel things.

Since 2014, Google’s Android TV has been running the show in the smart TV world. Thanks to the open-source nature, the OS is currently used as middleware on many smart TV brands, including TCL, Sony, Xiaomi, and Philips. Now with the new Chromecast, Google is launching Google TV as an inbuilt app on Android TV.

The app, which can be accessed on android phones, apart from android TVs, simply allows users to lease and buy movies and TV content. It is very much similar to Apple TV; a small streaming service, a firmware, and an app all in one.

So, when you find Google TV on Google Play, it does not end there. You will find the platform when you turn on your Android TV, which uses the newly launched Chromecast.

Movies and TV shows on the new Google TV are reportedly delivered in high definition. Users might get 4K streaming quality for select titles, as has been the case for Google Play since 2016. There is an opportunity for users to pre-order content, buy, or rent.

The battle for the big screen in your living room

Google TV has gone through several name changes. It was formerly Google Play Movies and TV (launched 2010), but it is now Google TV. It helps users watch content on their phones.

Still, in 2010, Google made another effort to take over the TV industry with Google Fiber TV. It was basically TV delivered over internet cable. They came face to face with old-time industry leaders like Comcast. Costs soared, and the service is no longer available except for old customers.

In 2013 there was Chromecast, a series of dongles that enables users to cast content on their TV screens from their phones or computer devices. Anyone can watch YouTube, Netflix, and Google Play on their TV even when it is a ‘non-smart’ TV.

Now there is Chromecast with Google TV, set to hit the market middle of October. Experts say that this is Google’s ‘umpteenth time,’ to try and win your viewership for TV, against flourishing brands like Roku TV and Amazon Fire TV. Can that be true? Are they trying too hard?

Google TV will be delivered as an app. Your TV’s home page will be Google. It will show you relevant searches based on your streaming history. They will also show you a catalog of suggestions and the shows to watch next. Titles will be pulled from HBO to Netflix, Hulu, and others that produce the content you love.

But as we ponder that and wait for the launch, let us not forget Android TV. Launched in 2014, this is arguably the leading TV operating system. This has been around for a while. It is basically a mobile phone android optimized for the big screen. Since android is free for developers and manufacturers, a Phillips or Xiaomi android TV is practically not Google TV.

The newly launched Google TV will run on Android TV. However, in this case, sources say that the Android OS will be especially ‘optimized for TV layout.’ It will be like having the Google app on your android phone. Are they the same? No, they are very distinct. The app is how Google makes money. Google TV is all about expanding that money.

What about YouTube TV? This is another way Google provides TV content. YouTube TV was launched in 2017. Members pay about $64.99 per month, which is a high cost compared to cable TV. But then profitability is in a hard place on this platform. 2018 reports showed that production costs per viewer were nearly five times as high as net profit. No wonder Google is bent on taking over the TV screen.

The battle for TV is tough and Google, going by its past TV product history, often comes to it unprepared. Will the new Google TV stand the test of time? How will it fare against Apple TV, Netflix, and HBO, which produce original content? Time will show.

Avoid the uncertainty for your next project and book your consulting session. Contact us today.