Maintaining high attention is the key 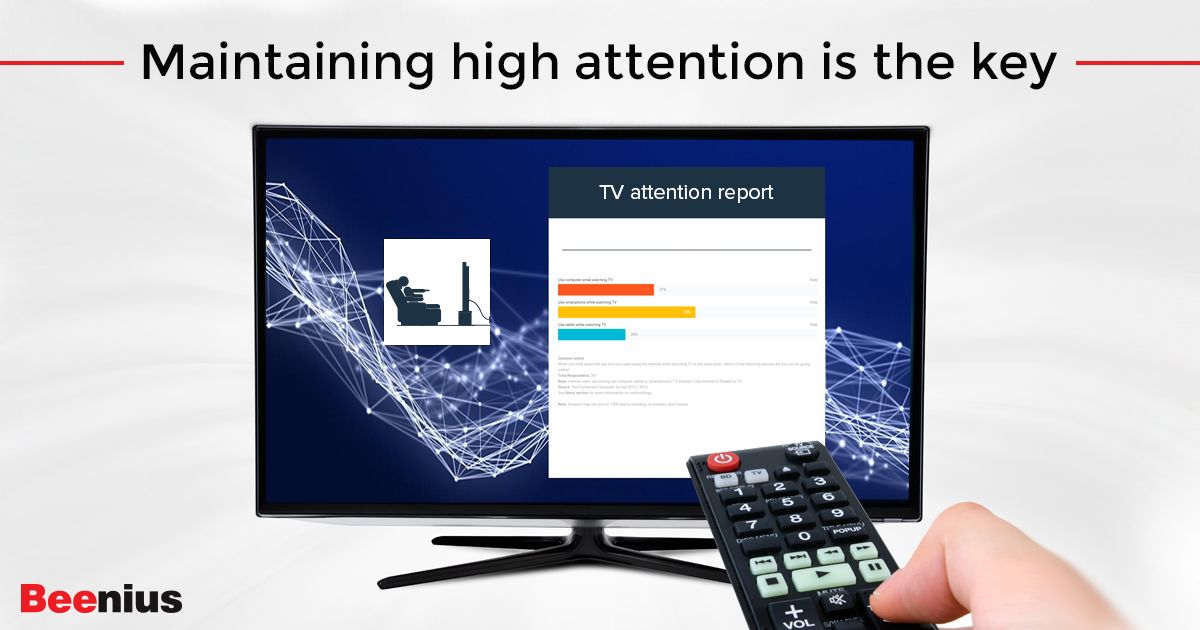 For decades TV Industry depended on tracking which channels people are watching. But the term “ watch” is a relative term. Till today TV rating was merely a measure of how many viewers happened to be in the room while the TV is on. It revealed nothing about the amount of attention an individual “viewer” actually paid to the screen.

Companies like TVision Insights measure eyes-on-screen attention to every second of programming and advertising on television. Every time a viewer walks into the room, technology detects who the viewer is, where they are in the room, and what their eyes are looking at.

What causes viewer attention to fluctuate?

Many brands see their attention fluctuate over the course of their commercials. Keeping its viewers glued to the screen across all airings is the key. This close attention may be attributable to some factors, including media placement, surrounding programming, and the frequency with which commercials are aired.

Which demographics paid the greatest amount of eyes-on-screen attention? People who are more settled in their lives, including young adults and likely empty-nesters (those in their late 50s and early 60s). As demographic data indicates, not everyone watches television the same way. While men paid more attention to ads and programming than their female peers, there was significantly more variance between people of different age groups.

In this study conducted by TVision Insights, USA prime time cable shows received significantly more attention than their broadcast peers. Because cable includes a variety of specialty networks like TLC and A&E, their audiences tend to be more intentional about seeking them out, and thus more focused on the on-screen activity. While broadcast boasts a much larger audience, cable programming like “My Big Fat Fabulous Life” can be a great way for advertisers to reach a highly-engaged viewership. The immersive drama “House of Cards” generated rapt attention from the show’s devout fan base but OTT Attention Index fades quickly when compared to broadcast and cable networks. This may be the result of the on-demand nature of OTT viewing, which lacks the immediacy of live television. ( for more read TVision Insights in their Q2 2017 Quarterly TV Attention Report.)

With the help of Beenius recommendation dashboard operators are always able to deliver personalized content, and at the same time promote their Catch-up & VOD TV services. If you are interested in knowing more about Beenius Interactive TV Platform or you would like to request a Demo, don’t hesitate to contact us or visit our stand at IBC 2017 Expo!