The Future Of Advertising Is Programmatic 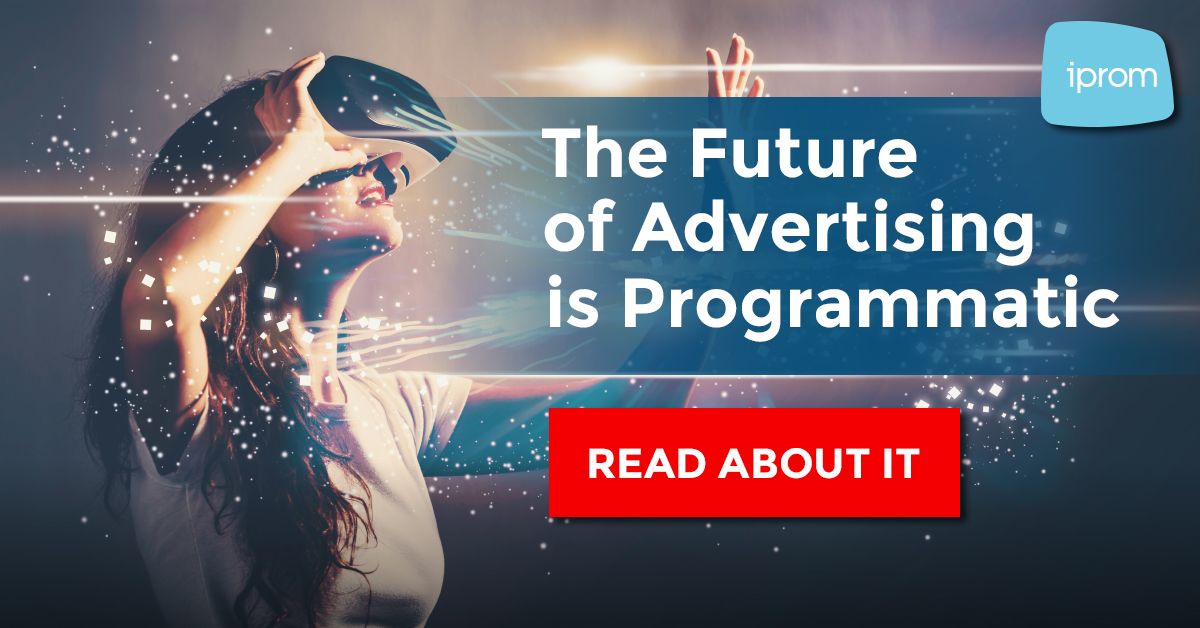 According to Mr. Simon Struna, Programmatic ecosystem specialist, iPROM, advertisers are facing increasingly digital future in which they will try to capture valuable seconds of consumers’ attention; primarily through technology.

The key trends that will further transform the digital advertising ecosystem according to Mr. Simon Struna, Programmatic ecosystem specialist, iPROM are in short:

Not Just Advertising, The Media Is Changing As Well

Programmatic advertising is already rapidly changing the advertising landscape, not only in digital media but also in traditional media as well. It affects TV, radio and even printed media!

According to experts’ estimates, up to 50 billion devices will be connected to the Internet of things by 2020, and those will work either as a data source or as a smart screen.

Data Is The New Oil

Advertisers around the world are facing a new challenge – how to address not only the targeted individual but also all the devices and screens around him/her. In the digital world this logic applies: advertising money simply follows consumers’ eyeballs.

A modern consumer is increasingly aware of the fact that he/she leaves a clear trace and data on the Internet – in the light of the upcoming GDPR regulation this will become even more obvious. User consents about the use of data will be more exposed, with the user giving his/her consent for data processing to the providers, he/she also expects a significantly better user experience and fully customized offers.

Programmatic advertising in digital media and the new technology platforms that combine supply and demand enable them to resume control as they deliver increased transparency and effectiveness and optimize their spending. An Advertiser Perception DSP Report, which conducted interviews with more than 700 advertisers, found that one third of advertisers plan to relocate the advertising back to internal department(s), while the Infectious Media survey among marketers found that as many as 86 percent of marketing departments plan to at least partially return the advertising decisions and execution in-house.

A programmatic ecosystem with built-in standards and verification methods allows for a much more accurate overview of metrics and the transparency of orders and payments to digital media.

A Glimpse Of The Technological Future Of Advertising

In less than 15 years, 3G and 4G mobile networks have reached more than 3 billion users, making mobile technology the most adaptable technology in history. Not only computer screens and mobile devices, in a wonderful new world, an individual will be surrounded by a sea of smart and Internet connected devices.

Blockchain – The Technology Of Trust

Blockchain technology builds on open and distributed ledger. When new logs (blocks) are added to the list (the chain) they are cryptographically verified throughout the network which maintains the trust. It is designed in such a way that it is secure by design and allows for transparent consensus – without any central party being responsible for it. Blockchain introduces greater transparency in the advertising ecosystem but we can not expect it to solve all the challenges overnight.

According to Mr. Simon Struna, Programmatic ecosystem specialist, iPROM The basis of everything written above are modern, programmatic technologies that exploit artificial intelligence, machine learning and other modern technologies that change consumption patterns and business models.

If you would like to learn more, read the full blog post by  Mr. Simon Struna, Programmatic ecosystem specialist, iPROM.