The growth of the European cable industry 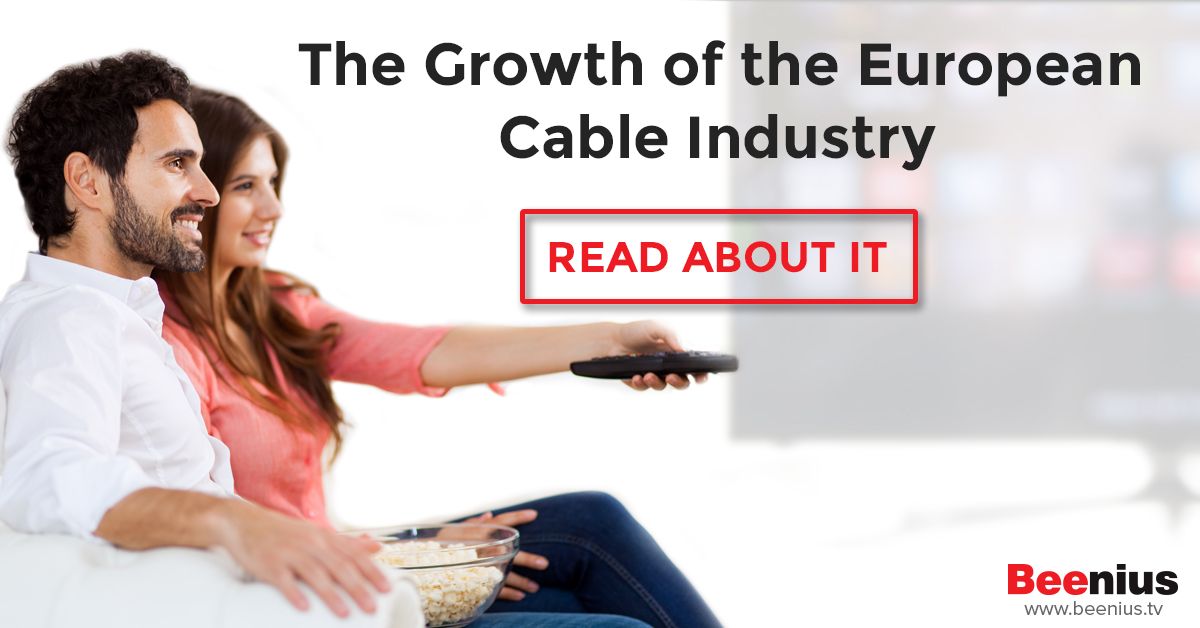 The annual Cable Congress in Dublin this year revealed that the European cable industry continues to grow steadily, with total revenues up 2.4% year on year, reaching €23.43 billion in 2017 (source:  IHS statistics released by the industry’s trade association, Cable Europe).

Television continues to be the largest source of revenue for the industry, but broadband is driving the biggest growth increase by far (+5% in 2017). Year on year, the number of broadband subscribers rose by 4.6% (or 1.6 million subscribers).

Pay TV revenue increased by 2.1% (or €220 million) in 2017, boosted by an 8% growth in digital TV revenue and an 18.5% growth in VOD revenue, as the analog switchover continued to gather pace during the year.

Cable Europe President Manuel Kohnstamm commented: “The European cable industry continues to grow steadily at 2.4% in very competitive markets. Adapting to constant change and disruption, cable keeps delivering high-end broadband and digital tv services for its customers, thanks to years of investment in innovation and infrastructure.”

Three-quarters (74.7%) of cable TV subscribers in Europe are now digital, driving 80% of total cable revenue (or 83.8% including VOD) according to Cable Europe.

One of the biggest trends highlighted by the research is the rise of consumers with multiple pay-TV subscriptions spread between traditional options such as cable, satellite, and pure online offerings.

Cable continues to be the leading primary mode of TV reception for European households. 2.4 million Revenue Generating Units (RGUs), the industry metric for the total sum of TV, internet and telephony subscriptions, were added in 2017, increasing the total number to 121.4 million.

More European households use cable as their primary mode of reception than any other distribution technology:

Beenius empowers cable operators with DVB-C + OTT hybrid solution and enables them to:

If you would like to see demo presentation of Beenius Interactive TV Platform, visit Beenius representatives at this year ANGA COM in Germany!